Jesús Arrúe was born in Valencia, in the central neighborhood of Velluters, in the bosom of a large family, where the plastic arts were always present, because from a very young age it is a gift that he develops.

From his paternal grandfather he inherited his enthusiasm for art, who was a great artist in sculpture as well as in writing and plastic arts.

His adolescence is marked by the music and style of the 80s and 90s, and his favorite artists were David Bowie, Madonna, John Lennon, … These influences are those that today invite him to capture the faces of rock stars, movie stars, … on his canvases.

On a more personal level, we would speak of a tormented adolescence and youth, marked by his indecisions and discoveries of his identity, seeking in art to be able to shout to the world a sexual condition oppressed for a long time. A complicated youth, sometimes excessive, that allowed to open the artist’s soul.

During his studies he obtained an honorary degree in drawing at the Cervantes School.

He studied psychology, which allowed him to study in depth the character of people. In practice he studied various personalities with: schizophrenia, bipolarity, depression, euphoria, looks that marked him and continue to mark him when expressing his essence on canvas, although he never practiced as such, because his passion was art.

Throughout his life he combined multiple jobs with painting. He worked as a waiter in nightclubs for several years, they were hard jobs where late at night when he returned home, he used his brushes to express his greatest reproaches, until he decided to devote himself fully to his passion, which is art, finding himself again.

Artists such as Lucian Freud, Francis Bacon, Egon Schiele, with such an important artistic heritage, are his greatest influences.

The artist defines himself as “the painter of looks” and in his expressionist procedures we find that he uses various materials, predominantly oil and acrylic. This painter is always learning and enjoys using new techniques in each of his works.

As an artist he does not pretend to be faithful to the image of the characters, but to the feelings he transmits in the looks he paints: deep, lively, decadent, with extreme and brave pasts like the artist.

His works transmit above all feelings. From his works emanates the sensitive background, the strength of his characters, a set of sensations that do not leave indifferent, to enter into everything that the painter wants to move, standing in front of the work and letting himself be carried away. 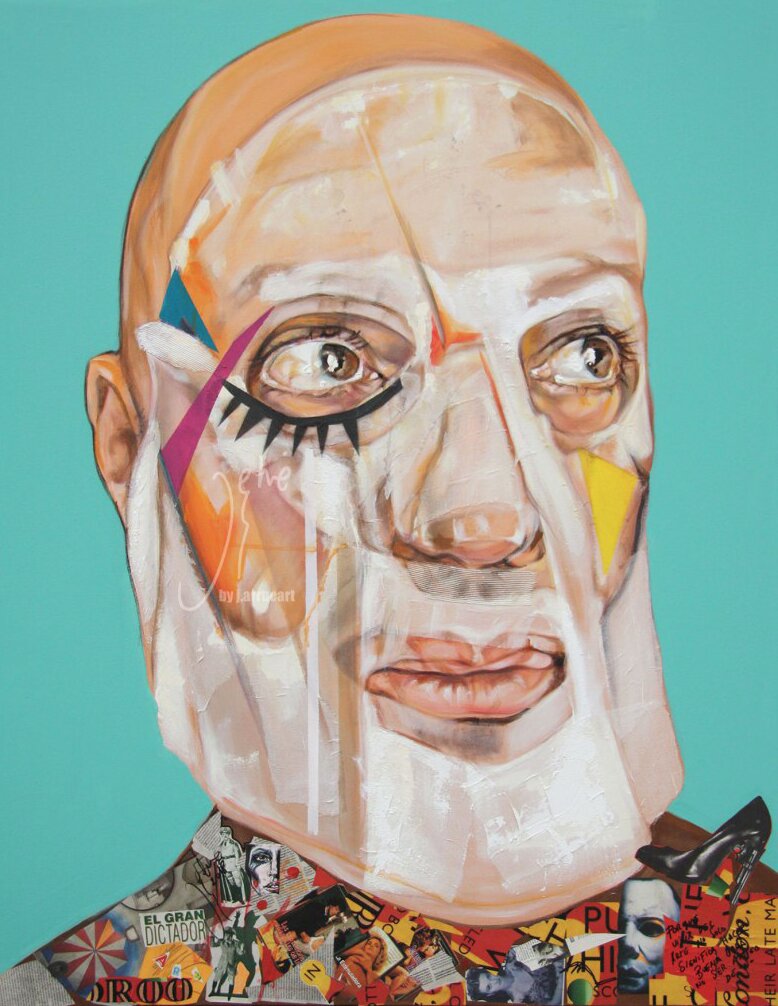